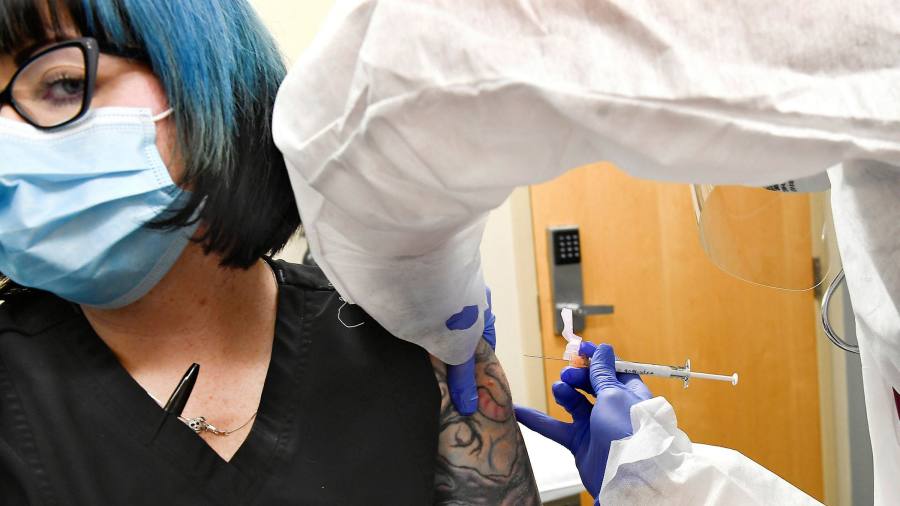 Moderna is pitching its coronavirus vaccine at about $50 to $60 per course, according to people familiar with talks between the company and potential buyers — higher than other vaccine makers have agreed to charge governments.

The price would apply to the US and other high-income countries, which the company intended to prioritise, said other people familiar with its plans.

The Boston-based biotech’s shares have soared almost 325 per cent so far this year as its vaccine showed early signs of effectiveness and it became the first in the US to enter clinical trials. This week it expanded its funding deal with the US government, which has now put close to $1bn into the vaccine’s development.

The price Moderna is seeking is not likely to be final. In a range of about $50 to $60 for a course — that is, $25-$30 per dose — it appears to be higher than that agreed by Pfizer and its German partner BioNTech last week in a pre-order deal with the US government at $19.50 per dose.

AstraZeneca, meanwhile, signed a deal for its potential vaccine with the Netherlands, Germany, France and Italy, which worked out to $3 to 4 per dose, according to calculations by Geoffrey Porges, a pharma and biotech analyst at SVB Leerink.

We will not sell it at cost

Moderna had initially asked certain buyers, including the EU, for a price of at least high double-digit dollars per course, said some of the people familiar with the talks.

The price Moderna was seeking “causes considerable concern and difficulties in negotiations, in view of the fact that other companies have pledged much lower prices”, said one of the people.

Many factors contribute to how companies price drugs and vaccines, including the timing and strength of regulatory submissions, medical need, efficacy and competition. Some variations in the prices Moderna pitched were due to the size of orders and timing of delivery, said one person familiar with the plans.

It is also difficult to compare prices for potential coronavirus vaccines because they are all still in development and none has received approval from regulators.

In a congressional hearing last week, Moderna, Pfizer, and Merck all said they intended to make a profit on the vaccine. Stephen Hoge, Moderna’s president, said: “We will not sell it at cost.”

AstraZeneca and Johnson & Johnson have said they would not seek to make a profit from sales of their vaccines if they are shown to work — at least in the first phases of the pandemic.

A proposal by the World Health Organization to pool intellectual property for effective Covid-19 interventions, including vaccines, has thus far garnered limited governmental support and no backing from pharmaceutical companies. Politicians, activists and government officials have expressed concern that poorer countries will be left out amid jostling for access to vaccines and drugs among higher-income governments.

The race to find an effective vaccine — supported by lavish amounts of government funding — has compressed development timelines that usually span years into months.

Mr Hoge stressed last week that Moderna, which is lossmaking, had raised $5bn from strategic collaborators and investors in addition to funds it received from the government. 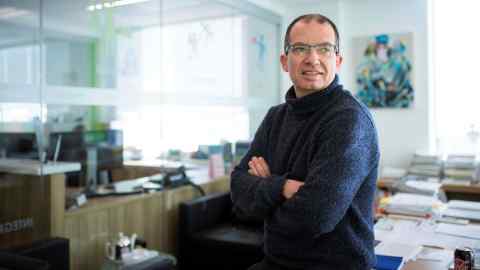 A peer-reviewed study in the New England Journal of Medicine earlier this month said that Moderna’s vaccine candidate produced antibodies in all 45 participants in a Phase I trial run by the US National Institutes of Health. A Phase III trial that will enlist 30,000 participants across the US began on Monday.

This month, AstraZeneca said the vaccine it was developing with the University of Oxford elicited “robust immune responses”, and that it was safe. Competitors BioNTech and Pfizer disclosed similar news.

Moderna said it was having discussions with “a number of governments and governmental entities” about potential supply of it vaccine. “These discussions are private and as such we cannot comment, given the confidential nature of the discussions and contracts.”

Russian police arrest over 2,000 in crackdown on pro-Navalny rallies
Wall Street analysts with solid track records like Netflix, these other stocks into February
Democrats push for stimulus deal before Trump impeachment trial
America’s top-tier malls were resilient, but values are now crumbling, down 45% from 2016 levels, Green Street says
Companies raise $400bn over three weeks in blistering start to 2021