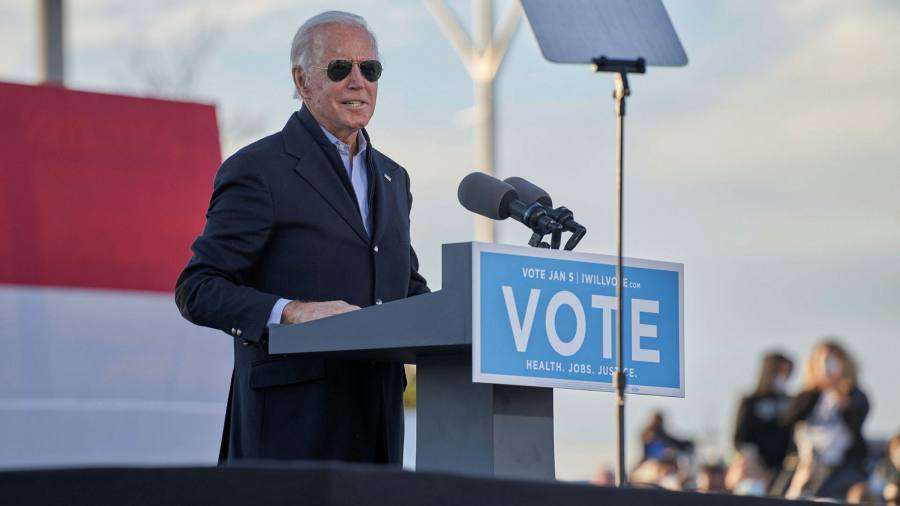 After Joe Biden won the US presidency in the November election, his victory was tempered by concern that he would have a Republican Senate majority blocking his agenda at every turn.

But Mr Biden is now likely heading to the White House with many of his ambitions intact. His Democratic party is poised to claim control of the Senate for the first time in six years, after Raphael Warnock won one US Senate run-off in Georgia, while fellow Democrat Jon Ossoff held a lead over his Republican challenger in the other.

“Georgia’s voters delivered a resounding message yesterday: they want action on the crises we face and they want it right now,” Mr Biden said on Wednesday morning. “On Covid-19, on economic relief, on climate, on racial justice, on voting rights and so much more.”

The political feat of clinching the Senate with dual wins in the traditionally conservative southern state — where Democrats have not held a Senate seat since the early 2000s — would be reassuring in itself for Mr Biden.

The vote also suggested Donald Trump was becoming a weaker political force, after his conspiracy-fuelled tirades against the integrity of the vote and chaotic leadership on economic stimulus failed to pay off for Kelly Loeffler and David Perdue, the two Republican incumbents.

Expect the Democratic leaders to go as big as they can, as Pelosi and Biden eye the next two years as the legacy markers of their careers

For the Democratic party, the ramifications of Tuesday’s vote will reach far beyond Georgia if it reclaims control of the Senate. Chuck Schumer, the New York senator, will take over leadership of the upper chamber from Republican Mitch McConnell, and Kamala Harris, the future vice-president, will cast any tiebreaking votes.

With that, Mr Biden has a far better chance of implementing the more sweeping agenda that he campaigned on, particularly on economic policy to tackle the fallout from the pandemic.

In the near term, there could be a new round of economic stimulus, including more direct cheques to Americans, an extension of emergency jobless benefits beyond their current expiration in March and aid to state and local governments.

In the longer term, it could deliver more spending on everything from infrastructure to clean energy and education, which would be partially paid for by higher corporate taxes and higher taxes on the wealthy.

“Government becomes a whole lot more manageable for the incoming president. Democrats controlling committee chairmanships and the legislative calendars in the House and Senate is extremely significant,” said Izzy Klein, a Democratic strategist and lobbyist in Washington.

“First, he’ll get his nominees confirmed more quickly by the Senate. Second, it is much more likely that another meaningful economic and Covid relief package, an infrastructure bill and some other bills can be enacted,” Mr Klein added.

Passing legislation through Congress will nevertheless be challenging for Mr Biden, given Democrats’ slender edge in both the House and the Senate — where conservative Democrats such as Joe Manchin of West Virginia and Kyrsten Sinema of Arizona will have huge sway. That could give the centrists power to water down the new president’s plans, triggering disappointment from the progressive left. 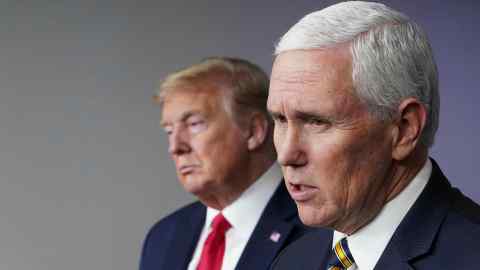 Yet political analysts in Washington said that Democrats — including Nancy Pelosi, the House speaker — would try to aggressively plough ahead with their plans under unified control of Congress, which last occurred in the first two years of Barack Obama’s presidency.

“Expect the Democratic leaders to go as big as they can, as Pelosi and Biden eye the next two years as the legacy markers of their careers and see a challenging 2022 midterm map on the horizon,” Beacon Policy Advisors wrote in a note on Wednesday.

Meanwhile, Democrats turned their attention to a host of other possibilities that could be unlocked with two Senate victories in Georgia. Some of Mr Biden’s more challenging cabinet picks, such as Neera Tanden for budget director and Lloyd Austin for defence secretary, will probably face fewer roadblocks to Senate confirmation, which could mean his top team could be in place more rapidly.

With Mr Biden yet to choose his choice for attorney-general, CNN reported that the prospects for Sally Yates, the Atlanta-born former senior justice official who clashed with Mr Trump in the early days of his administration, and Merrick Garland, Mr Obama’s stymied appointee to the Supreme Court, were suddenly boosted. The Biden campaign declined to comment.

In Congress, Mr Biden would be able to press ahead with his legislative priorities with a new slate of committee chairs from his own party, some of whom he has known for many years.

Among them are likely to be Ron Wyden of Oregon, who is expected to take over as chair of the Senate finance committee, which oversees taxes and trade. Sherrod Brown of Ohio, a Wall Street critic and champion of tougher financial regulation, could be installed at the helm of the Senate banking committee. 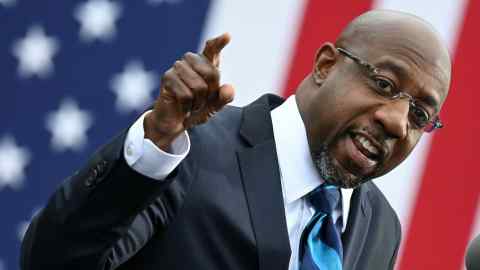 Mr Biden’s administration will also be poised to avoid additional scrutiny from congressional investigations like the one Senate Republicans launched this year into Hunter Biden, the president-elect son, for his business dealings in Ukraine.

On Wednesday morning, Mr Schumer and Ms Pelosi celebrated the early results, despite the potential difficulties and internecine battles ahead.

Ms Pelosi vowed to deliver “extraordinary progress” for Americans. “We will pursue a science and values-based plan to crush the virus and deliver relief to struggling families, safeguard the right to quality affordable healthcare and launch a plan to ‘Build Back Better’ powered by fair economic growth,” she said.

Mr Schumer said that beefing up stimulus cheques to $2,000 per person, which had been previously blocked by Republicans on Capitol Hill, was “one of the first things we want to do once our new senators are seated. They campaigned on it.”

An Extraordinary Aspen Home Atop Red Mountain Hits The Market For $49.5 Million
Biden team warns there is ‘no substitute’ for $1.9tn stimulus bill
Japan’s anime goes global: Sony’s new weapon to take on Netflix
Wall Street analysts with solid track records like Netflix, these other stocks into February
Mania in stocks like GameStop, surging options activity suggest a market pullback is coming