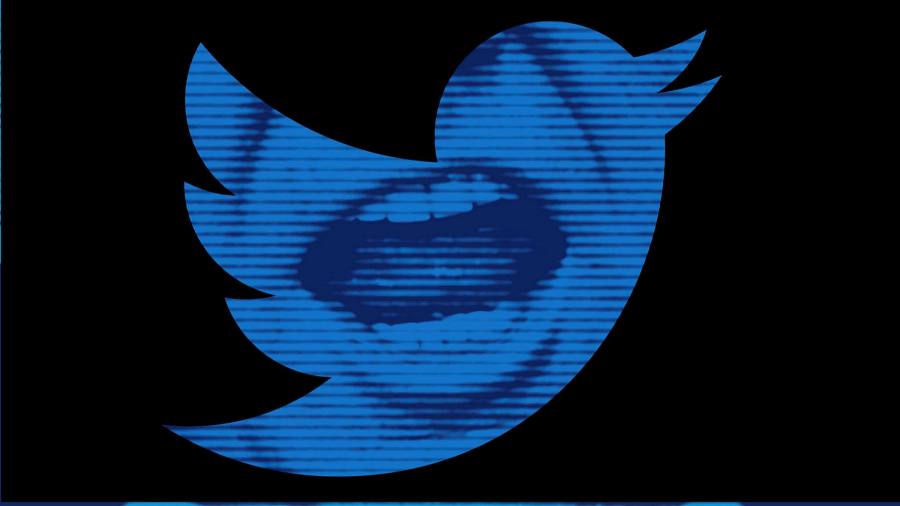 Twitter has permanently banned Donald Trump’s account from its platform, citing the risk of the US president using the site to incite further violence, following the storming of Capitol Hill this week.

In a blog post, the social media company said it had “permanently suspended” Mr Trump’s account, removing a megaphone that the president used to broadcast obsessively to his 88m followers, with a mix of vitriol aimed at political enemies and over-the-top praise for his allies.

“We have permanently suspended the account due to the risk of further incitement of violence,” Twitter said in the post, adding that it had warned Mr Trump that it would shut the account if he continued to fan flames after his tweets that were seen as backing the rioters who attacked the Capitol on Wednesday.

In a press statement released on Friday evening, Mr Trump said: “Twitter has gone further and further in banning free speech, and tonight, Twitter employees have coordinated with the Democrats and the Radical Left in removing my account from their platform, to silence me — and YOU, the 75,000,000 great patriots who voted for me.”

He added that his administration would have a “big announcement soon” and was also “looking at the possibilities of building out our own platform in the near future”.

Mr Trump’s comments had earlier appeared briefly as a string of tweets on the official president @POTUS account, which is separate from his personal account, before they were either deleted or removed.

The move came as social media platforms respond to claims that they facilitated a pro-Trump mob’s assault on the US Capitol by allowing the spread of conspiracy theories and misinformation by far-right groups, and the president himself, as well as allowing domestic extremist groups to recruit and organise.

A permanent ban on a global leader marks the most consequential step yet taken by any social media platform, as fears grow that there could be a repeat of Wednesday’s unrest around the inauguration of US president-elect Joe Biden on January 20.

Twitter’s larger rival Facebook has banned Mr Trump from posting “at least” for the remainder of his term on similar grounds to Twitter, following the riots in Capitol Hill which led to five deaths, including one US Capitol police officer.

Twitter’s decision renewed calls from experts and activists for Facebook to also ban Mr Trump permanently. Facebook did not immediately respond to a request for comment.

Twitter had already temporarily blocked the president on Thursday for 12 hours for breaching its rules around election integrity, as he praised the protesters, told them he “loved” them and repeated false claims that he had won a “landslide election”. It then threatened to suspend him permanently if there were future violations of its rules.

Upon announcing the ban on Friday, Twitter said that it had reviewed two tweets posted by Mr Trump after the suspension was lifted, including “the context around them — specifically how they are being received and interpreted on and off Twitter”, and found that they breached its rules forbidding the glorification of violence.

In one tweet, Mr Trump had said: “The 75,000,000 great American Patritots who voted for me, AMERICA FIRST, and MAKE AMERICA GREAT AGAIN, will have a GIANT VOICE long into the future. They will not be disrespected or treated unfairly in any way, shape or form!!!”

In another — his last — the president had said that he would not be attending the inauguration of Mr Biden.

The action is the culmination of rising tension between Mr Trump and Twitter, which started to apply fact-checking labels to some of his posts as he increasingly spread misinformation related to the coronavirus pandemic, and baseless claims of election fraud by his democratic opponents during and after the election period.

In response, Mr Trump has repeatedly accused Twitter of censorship and rightwing bias, and threatened to overhaul the Section 230 regulations that grant them protection from liability for their users’ content.

“These actions are long past due and appropriate. But, Twitter and other platforms doing this now is a lot like senior administration officials resigning with only days left — too little too late,” said Angelo Caruso, president of left-leaning non-profit Media Matters.

Earlier on Friday, Twitter said it would ban accounts that were solely based around sharing content from QAnon, the far-right, pro-Trump conspiracy theory whose members were among those who attacked Capitol Hill.

It also removed the accounts of Michael Flynn — Mr Trump’s former national security adviser who has received a presidential pardon — and pro-Trump lawyer Sidney Powell, for breaching policies that ban users from engaging in “co-ordinated activity” that results in online and real-world harm. 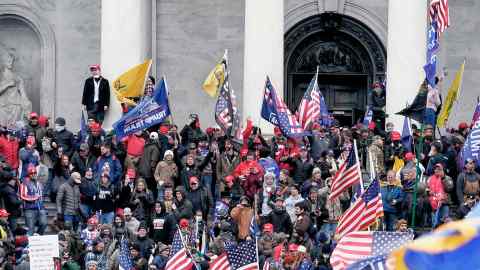 Both had become prolific supporters of QAnon, which believes the president is fighting a Satanic, Democratic deep state.

Elsewhere, other Silicon Valley companies, such as the security provider Cloudflare, faced pressure to withdraw the use of their services from some of the messaging boards and apps that were used by some protesters to prepare for the riots on Capitol Hill.

Some took action: Google suspended the listing of Parler, a niche Twitter rival widely used by far-right activists, on the Google PlayStore, citing the “ongoing and urgent public safety threat”.

Apple threatened in a letter to remove Parler from the App Store, saying it must begin moderating “content that encourages illegal activity” or face expulsion. Apple did not comment publicly on the move, which was first reported by BuzzFeed News.

Additional reporting by Kiran Stacey and Lauren Fedor in Washington